In collaboration with Karen Tack and Alan Richardson of Hello Cupcake

What's better than a Thomas cake? A cupcake cake! A few smart ingredients (like donuts for wheels!) complete this cute dessert.

1. Set aside enough frosting to fill the 6 mini chocolate doughnut holes. Then tint a small amount of vanilla frosting grey for the engine face. Tint another small amount of frosting black. Tint half of the rest of the frosting red and the other half blue.

3. For the smoke stack and eye brows, use a small serrated knife to remove a half-inch in on either side of a chocolate cookie, tapering slightly to create the shape. Use one of the small trimmed pieces and cut two 1/2 inch triangles to make the eyebrows. Press into engine face (or attach using a tiny bit of frosting) and add candy eyes. Insert the small end of the smoke stack into the top edge of the cupcake.

4. For the wheels, pipe frosting into doughnut holes and press into blue sanding sugar.

5. To assemble, arrange the 8 red cupcakes into two rows of four. For support, press a chocolate cookie on top of six cupcakes, leaving out the two in front. Arrange six of the blue cupcakes on top of the cookies. Place four chocolate cookies as more support, covering the open space between the cupcakes. Arrange the black jumbo cupcake in the back of the top row, followed by the two remaining blue sugared cupcakes.

6. Add doughnut wheels on each side of the assembly with a dot of dark chocolate frosting, blue sugar facing out.

8. Add the finishing touches by piping on a few red lines on top and adding the yellow gum drop.

Alan Richardson and Karen Tack are the bakers and best-selling authors behind Hello, Cupcake!, What's New, Cupcake?, and Cupcakes, Cookies & Pie, Oh, My!

Crafts with small parts are not for use by children under three. 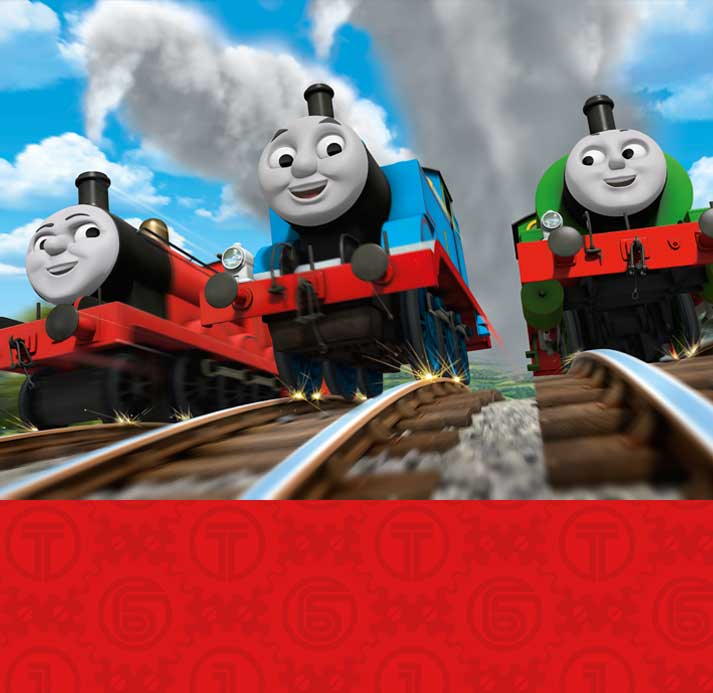 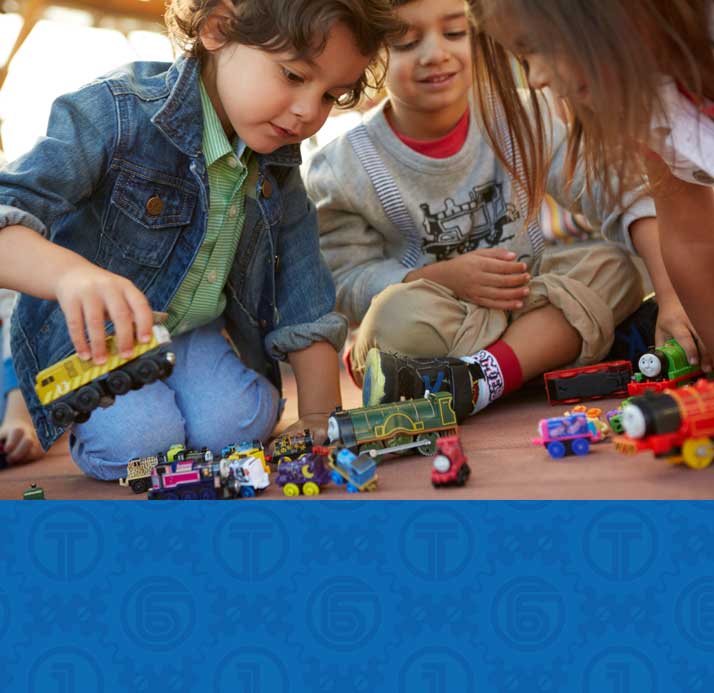